Fiddler in the rain

It's been a rainy summer so far. Nothing new for a Scottish summer, I hear you say, but this summer...pfffff. The kindest thing I can find to say about the endless downpour is that our trees up here in the North appear to be growing fast in response to the weirdly tropical climate that they're enjoying ; perhaps as a counterbalance to everything we lost in the winter storms.

Who knows? It's perpetually soggy, and without a foreign holiday in the offing, for those of us spending our summer at home, the prospect of more of the same with added doom and gloom from the banking sector, with a sprinkling of general economic blah and European yuck, not to mention the hideously scary and teetery nuclear Iran and the ongoing horror of Syria and, and, and... 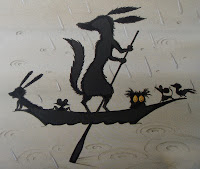 See? Rain. It's so...so... nothing. I mean, in the general scheme of things, we citizens of the Yookay have little to complain about. So, it's a rubbish summer? Get over it. Nobody died. We haven't had fires like the poor old US, or had our homes burned to the ground, or buried under mudslides or anything really worth shaking our puny fists at the skies and crying 'Why me?' And yet, we have our gloomy faces on. 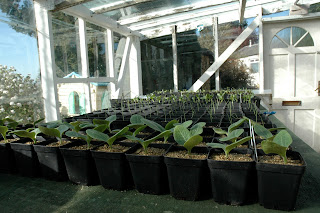 Humour me. I'm going to use a gardening analogy here. My partner is a brilliant gardener and grows a lot of our vegetables. Some of these, he grows under glass; tomatoes, French beans and the like. These require to be fed with liquid nutrients from time to time. They cannot survive on water alone. This was news to me ; I am, as you can tell, not a gardener. I imagine all his plants trembling with fear when left in my not-so tender care if he is called away to the other side of Scotland and I have to do the watering.  If I over-water the plants in a rash of enthusiasm ( nothing succeeds like excess being my watchword), I wash all the nutrients out of the soil and the plants become weak and pale versions of their former selves.

Well, that's what's happening to the population of Scotland. We're being slowly over-watered. We're all very, very pale now and our jokes and craic have grown weak and feeble. I'd say 'Oy veh' except, that's probably not very authentically Caledonian, but it certainly fits the bill. Squelch, squersh ( that's the sound of my synapses trying to fire and missing). Oy SQUELCH. Yup - that's exactly what I mean. You get the picture.

So, in the middle of all this unwanted precipitation, a two-person team from a film company called Culture Street came  to my studio and spent time filming me, in the rain, talking about my work. They also went to a primary school in Edinburgh, and filmed a group of children, and got them to talk about my work. Then they filmed the children asking me questions ( about my work). But as well as asking about work, one of the questions was...well, here it is. It's probably the only time in my entire life I'll ever be filmed playing fiddle - my Carnegie moment, if you will.

I was nervous, as you can imagine, and I did mess up a wee bit, and it's pouring outside the window and...

I'll stop bleating excuses here and just leave you with the children,  me and my fiddle. And the rain. Slainte xx